Let us start with the conics’ introduction of circles, eclipses, parabolas, and hyperbolas which includes the set of curves formed by the intersection of the plane and double-napped right cone. In case if you are interested, then there are four curves which can be formed, and all are useful in the applications of math and science.

In the section of conics, we will see every type of curve and how to recognize it and graph it. Then we’ll come up with some common applications.

The conic section can be drawn on the coordinate plane. Each section of conic has some of the features which includes at least one directrix and one focus. Parabola has one focus and directrix whereas eclipses and hyperbolas have two of each of these.

Every different section of conic in detail –

We will go with eclipse, parabola, and hyperbola in detail as these three conic sections with foci and directrix, are labeled. Every type of conic section is discussed in depth below – 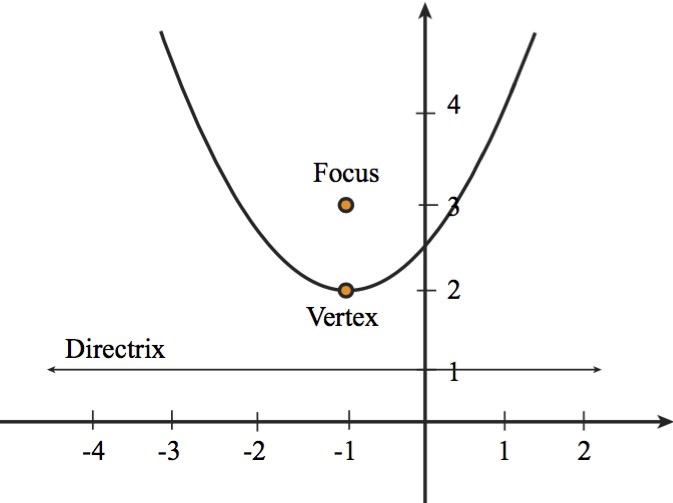 The parabola is written in two forms: standard form and vertex form.

The x-coordinate of the vertex is -b/2a. Looking at the equation, b = 2, and a = 1 as determined in the previous step.

Plug in x= -1 into the equation to get the y-coordinate of the vertex.

3. Write the equation in vertex form.

Since a, h, and k are determined, the vertex form can be written:

2. Plot the points in the standard x-y coordinate plane. 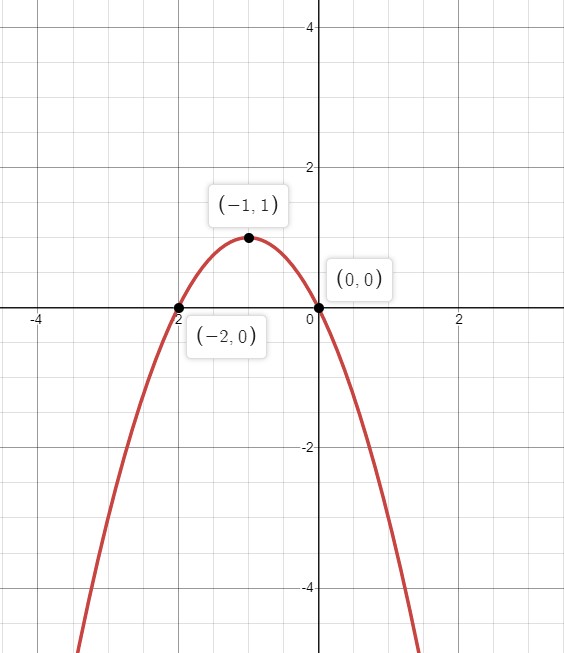 An eclipse is the set of the points for which the distance addition, from the two fixed points, is the same. In case of any eclipse, there are two foci, the two directeces. Below is the figure of the eclipse as it appears on the coordinate plane. The sum of the distance from any of the point on eclipse to the focus is the same. 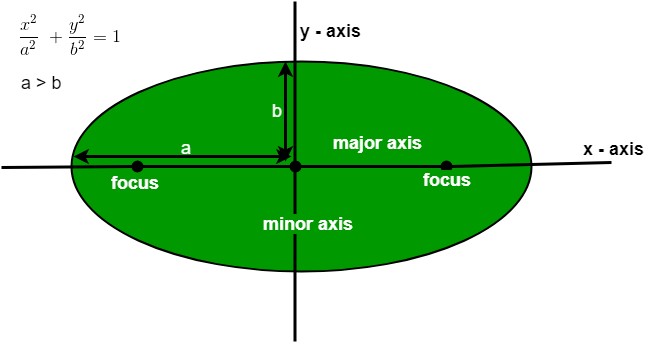 The equation is written in the following forms:

2. Find the x and y intercepts. 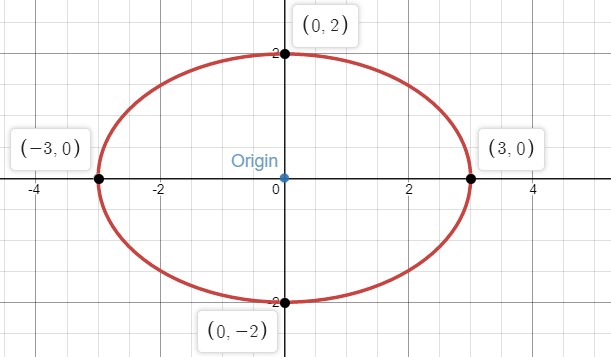 Because the center is not at (0,0), there is no guarantee that there will be an x or y intercept. So, the end points will be graphed from the center using the values of a and b. Looking at the equation, a^2 = 9, so a = 3. 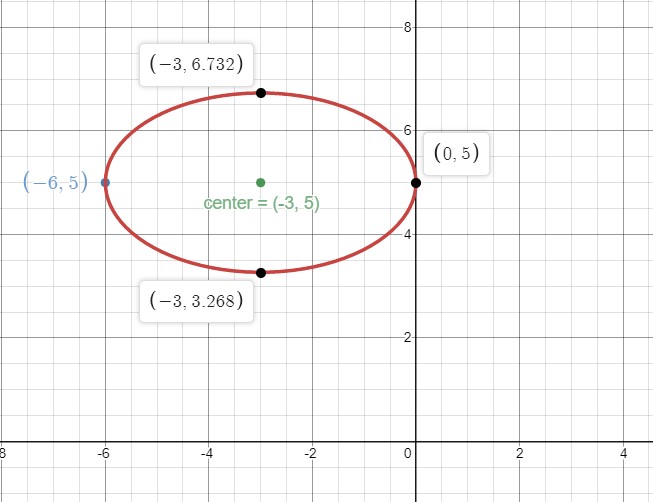 A hyperbola is the point where the difference between such distance from any two fixed points, is the same (here points we are talking are foci). There are two directrix and foci in a hyperbola. Below is the figure of the hyperbola. 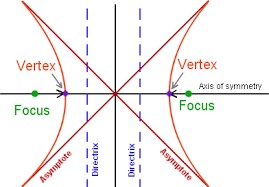 The hyperbola is written in the following form:

3. Graph the asymptotes on the coordinate plane. 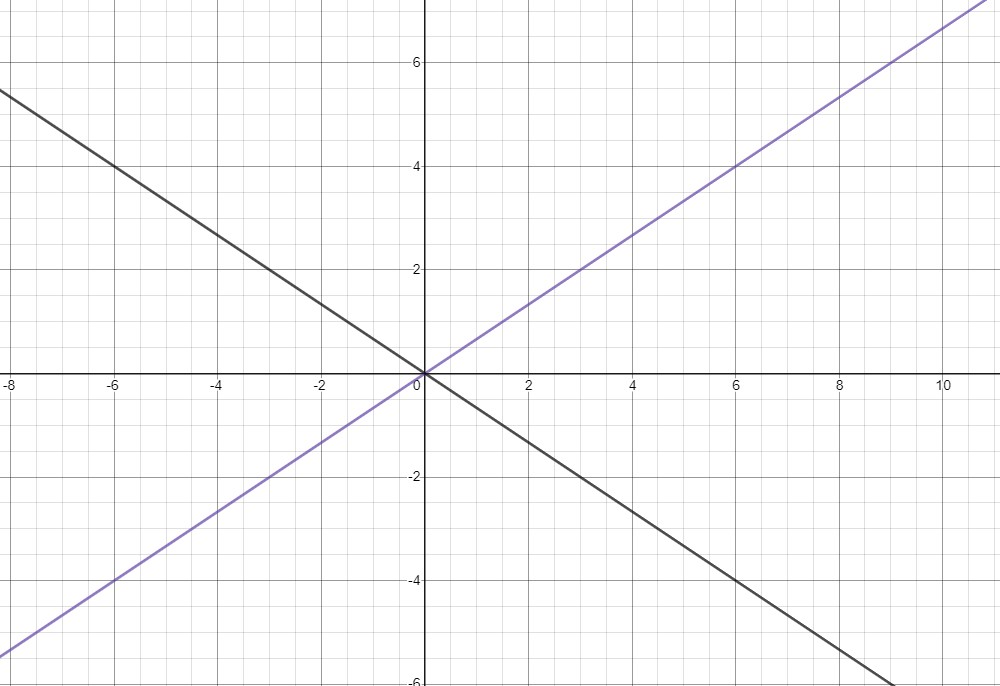 Multiply by 9 on both sides.

Take the square root of both sides.

The hyperbola crosses the x-axis at ±3 and approaches the asymptotes. 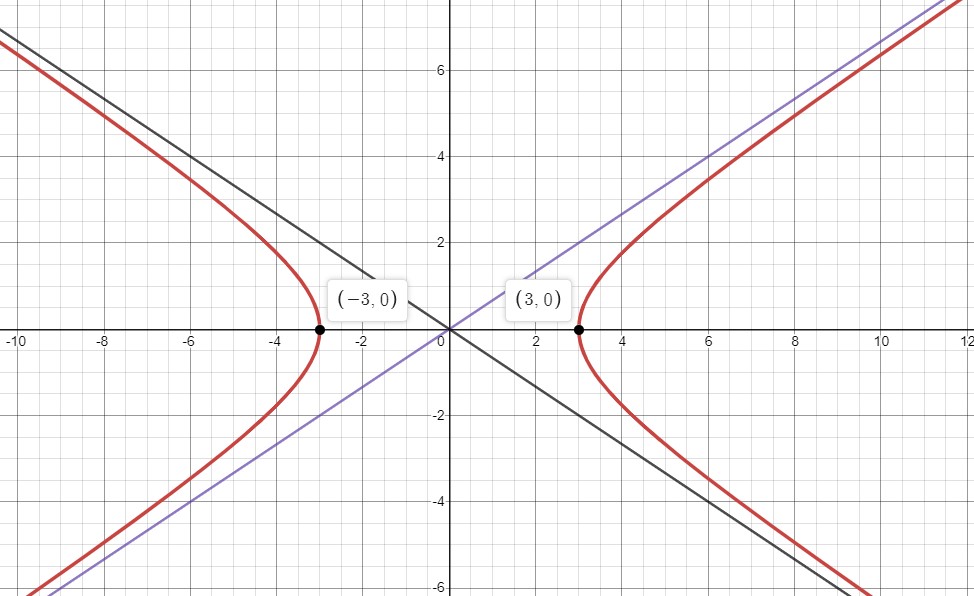