You can say that something is special in this geometry, which is the 45, 45 and 90. It is an isosceles right angle triangle where its two sides are congruent and this is the reason it is 45, 45, and 90.

If we know that these two angles are congruent with each other, as the isosceles triangle theorem, then we can say that 180 degrees and add it to X, is the same as 90. So, if you add these up, then you are going to have 180 which is equal to 2 * 90. So, subtract 90 from both sides and then you get 90 = 2X. Then for finding the X, divide the X by 2 ,which clearly means that every angle which is congruent to each other has to be 45 degrees. 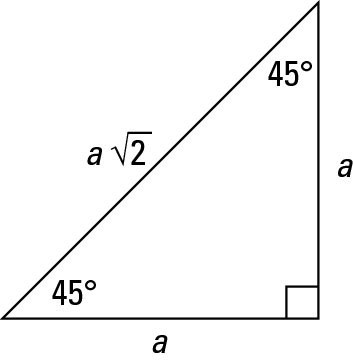 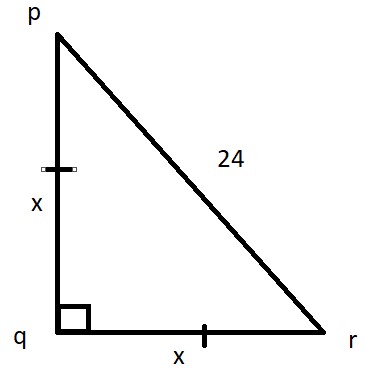 So here this is the isosceles triangle where one angle is 90 and the other two are 45 degrees with hypotenuse measure being 24 cm.

Example 2 – Find out the value of the hypotenuse in the triangle PQR where the legs equal 10 and the triangle is 45 45 90. 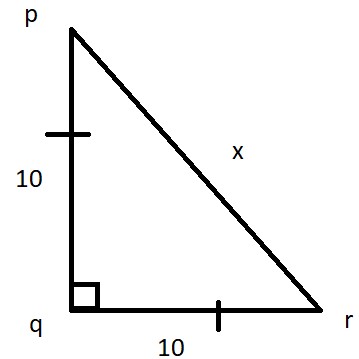 Thus, here you get a clear idea of the 45 45 90 triangles with an example. For a clearer understanding you can check out the video for a better and more in-depth idea. Reading this gives you a clear understanding of this.