Graphs of Sine, Cosine, and Tangent

Plotting the Graph of Sine 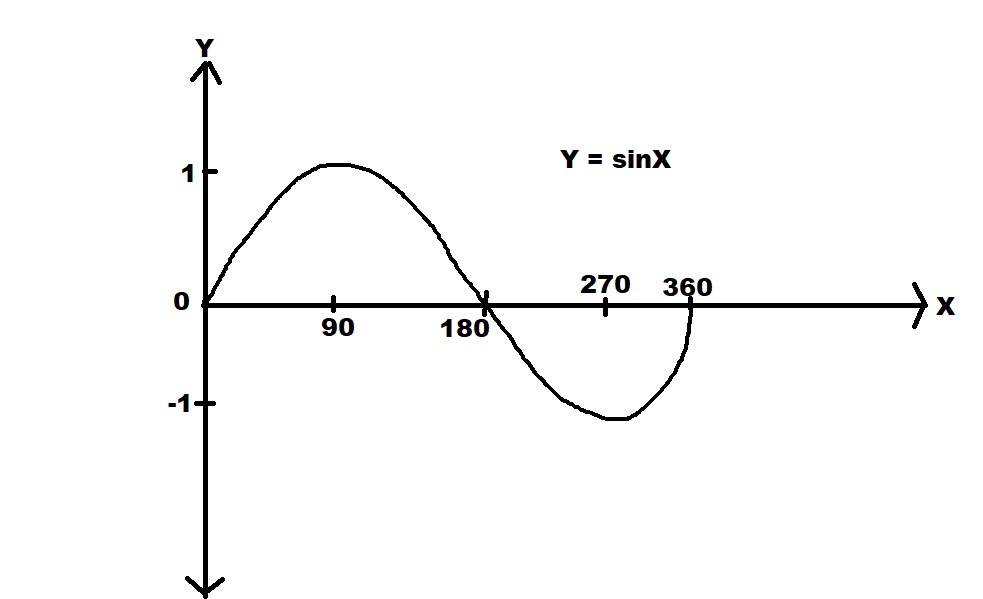 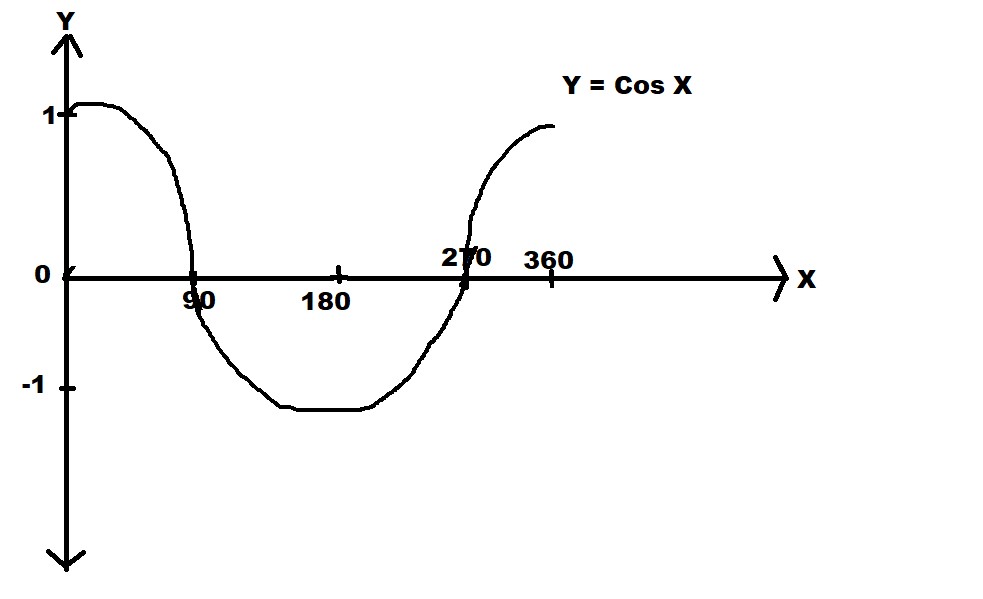 Plotting the graph of tangent

The function of tangent has a different shape which goes positive and negative infinity, which crosses via 0 and at every 180 degrees, as shown in the graph.

At 90 degrees and at -90 degrees, 270 degrees positive and negative, etc., the function is undefined as it can be positive infinity or negative infinity. 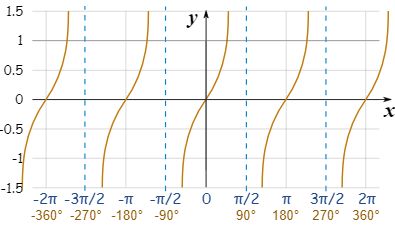