Numbers and The Coordinate Plane

In the number line shown below, you can see the numbers to the left of zero, as well as to the right of zero. 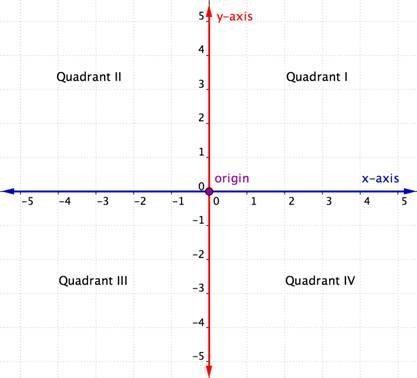 The coordinate plane is divided into four sections by the intersecting x and y axis. As you can see from the image above, these sections are called quadrants. Each quadrant is represented using Roman Numerals like Quadrant I, Quadrant II, Quadrant III and Quadrant IV.

To determine the location on a coordinate plane from the point, move vertically down to the right to see where it intersects with the horizontal axis and that is your x-axis and the distance between the origin to the location vertically is your y-axis. 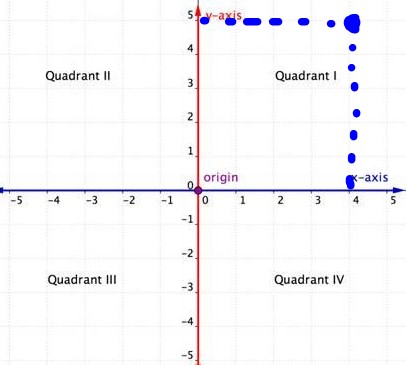 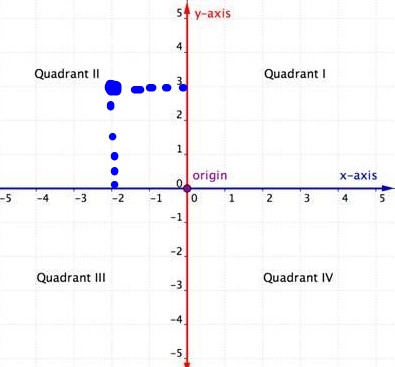 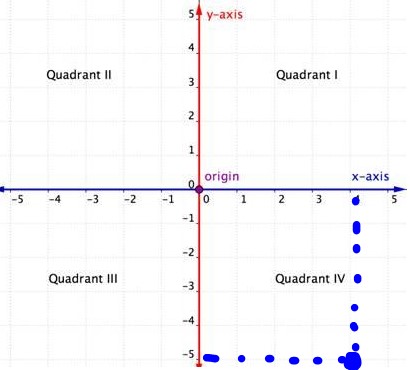