Work is the energy transfer that happens when an object is moved over a distance by an external force in the direction of the displacement.

Mathematically, work is W = F · x, where F is the applied force and x is the distance moved, that is, displacement. Work is a scalar. The SI unit for work is the joule (J), which is newton‐meter or kg m/s2.

The equation for potential energy is

m * g = Fg is the force of gravity of the object moving vertically. Δh is the vertical displacement. 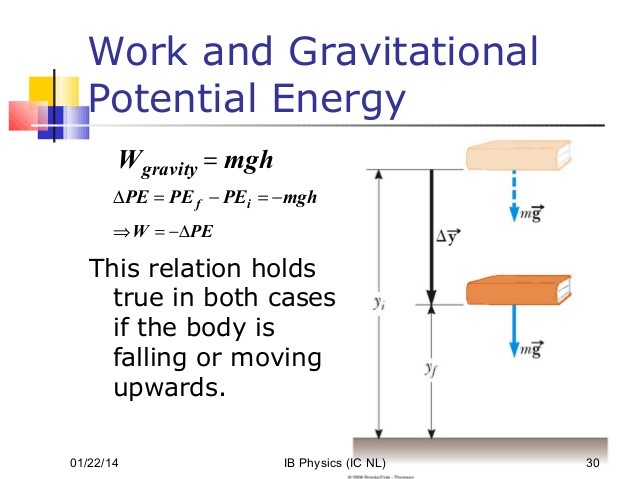 Before solving the problem, it is best to draw a diagram of the situation.

1. A cart is loaded with a brick and pulled at constant speed along an inclined plane to the height of a seat top. If the mass of the loaded cart is 3.0 kg and the height of the seat top is 0.45 meters, then what is the work that is performed by the action? 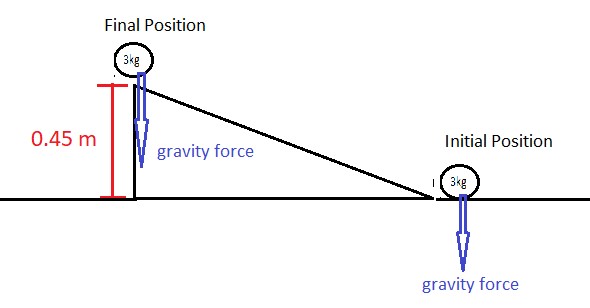 1. Identify the force acting on the object

2. Identify the displacement of the object.

The problem indicates that the object is moved from the ground to a ramp that is 0.45 m high. Therefore, the displacement in the y direction is:

Alternatively, using the potential energy equation will give us the same result:

2. A 100 N force is applied to a 10 kg box at 30 degrees from the horizontal on a horizontal plane at a constant speed over a distance of 10 m. Calculate the work generated. 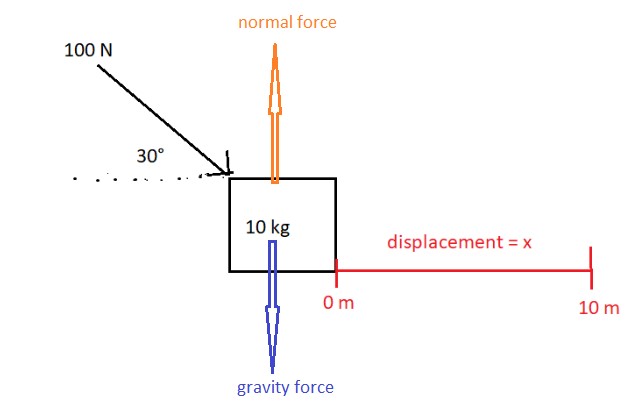 1. Identify the force acting on the object

There is a force of 100 N applied at an angle of 30 degrees, which causes the box to move to the right. The gravitational force (weight of object) and normal force also act on the box, but the problem does not indicate a displacement in the y direction, so those forces will not be considered.

Since the applied force is at an angle, it must be broken up into components: 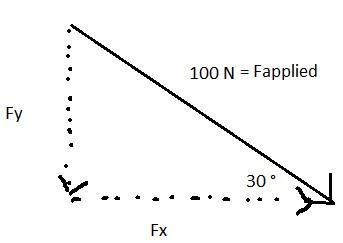 2. Identify the displacement of the object.

The problem indicated that the box moved 10 m to the right. The displacement in the x direction is 10 m.